In the Cable Communications Act of 1984, Congress established a provision that would permit local authorities to develop requirements for public use of the local cable system.  This provision would enable communities to provide a “voice” for their residents and organizations.  To meet this objective in our community, the City and local cable operator Comcast/AT&T makes a channel available for the public to use on the Petaluma cable system.  Any individual or organization from the community can produce a television program and air it on the local public access channel.  In our community, this channel is operated by Petaluma Community Access (PCA) under contract with the City.  PCA is a 501 (c) (3) nonprofit organization and provides training, staff support, and equipment needed to produce and cablecast public access programming. 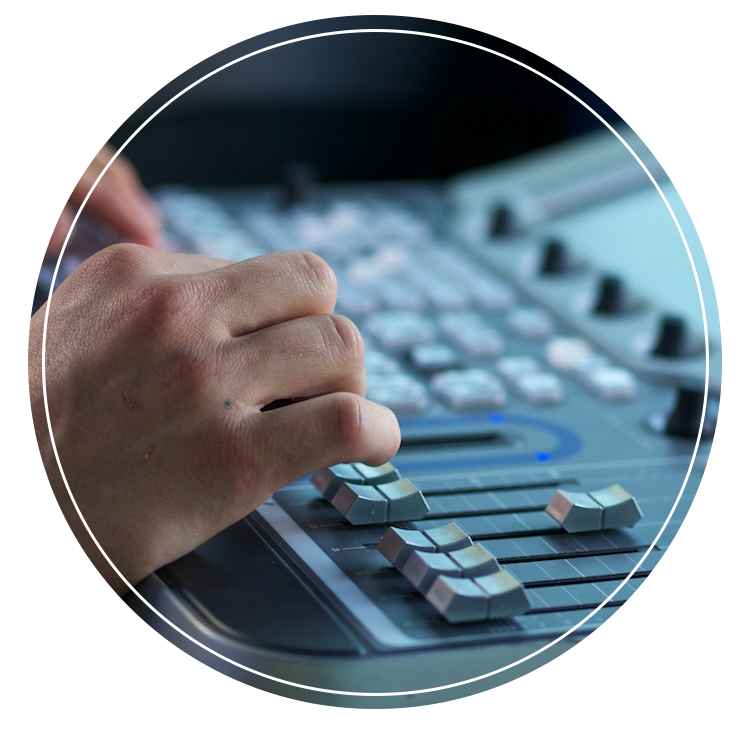 What are the PCA format requirements for submitted material?

All programming on PCA is cablecast from DVD-R disks, in high resolution NTSC, 640×480 pixels, and in full stereo. The ONLY speed accepted is 1X. (A 1x speed program can be laid down on a 4x DVD-R) Each program must be on an individual DVD-R, one track/program per DVD-R only, with no disk labels. (PCA will label your DVD-R.)Please write the name of the dvd, the length and the contact info on your dvd. No Menus. All DVDs must be first play.

How do I submit programming to PCA?

Any and all residents of Petaluma can submit completed productions for cablecast on PCA without charge!
Each program submitted for cablecast must be accompanied by an Programming Submission Form that is complete and accurate; it must be signed by a legal resident of Petaluma. The resident must be 18 years of age or older, able and willing to accept all legal responsibilities for the content of the program(s) submitted in the resident’s name.

Groups and/or Organizations submitting programming and/or programming submitted from outside Petaluma can do so only by having an individual legal resident of Petaluma submit their program(s). The resident then will accept all legal responsibilities for the content of the program submitted. Failure to follow the PCA Rules & Regulations or any of the listed requirements may result in the loss of an individual’s privileges to use PCA equipment or facilities.

Bring your completed program to PCA between 3 PM and 9 PM Mondays,Tuesdays, Thursdays and Fridays or Saturdays between 11am-3pm, and fill out a Programming Submission Form. A separate form must be completed for each program submitted.All programs must be submitted in DVD-R. All other formats may require a transfer fee.

What length should my program be?

All programs are suggested (but are not required) to be either 30 or 60 minutes in total length. These durations allow for short PSAs and PCA Bulletins to play between programs. Programs over these durations in length risk being cablecast in total only when time on the schedule allows.

When should I submit my program for scheduling?

Submission of all programs, both series and individual programs, must arrive at PCA no later than seven (14) business days before they are scheduled to cablecast or risk having their time-slot filled with replacement programming. This is to allow time for transfer to DVD-R (if needed) and to process, code, duplicate, label and schedule your program.
All DVD’s will remain in PCA’s library. Please make a master dvd for your own use.

Submissions received by mail MUST be accompanied by a signed and complete PCA Submission Form.

Public Access Television will only schedule programs of an Adult nature at times in the evening when they are less likely to be seen by younger viewers (after 10 PM). PCA Staff will only review questionable material if requested by the person submitting the program.
When submitting a program that may be questionable for any reason, check the ADULT CONTENT BOX on the PCA SUBMISSION FORM and describe the suspect material in the NOTES section. The individual who submits programming for cablecast on PCA bears all legal responsibilities for the content of that program.

How do I get a regular weekly timeslot for my program on PCA?

Timeslots are are filled on an as needed basis.

Can I promote my series or program?

Absolutely, you should promote your program in as many ways as you can through newspapers, radio, internet, and any other means at your disposal!

If you have a series program on PCA during our current schedule, you can submit one Promo, (Promotional Spot) to our programming library. Your Promo will continue to play as long your series retains a weekly timeslot. A Promo is a short spot between 30 Seconds and 1 minute in total length that spotlights your series program on PCA. It should invite people to tune in and must include the line “See the PCA website for show times” Promos will be played by PCA at random times between programs.

What kind of programming can air on public access?

Programming on almost any topic imaginable can air on public access television. The content is the sole responsibility of the producer and is protected under the First Amendment in the United States Constitution. All editorial control rests with the public access producer. The programming is not censored by PCA, the City, nor the local cable operator.  However, some content, such as obscenity, is not protected by the First Amendment and cannot air on PCA or any public access channel. PCA also prohibits commercial programming on the channel.

Is all the programming that airs on PCA considered public access?

Who decides what kind of programming airs on PCA?

Station management schedules all PCA programming depending on channel space availability. The decision to air a program is not content-based. Any access program that is afforded protection under the First Amendment and submitted to PCA by a Petaluma resident or organization will air on the channel.

Why do some shows on PCA come from other cities and states?

Quite often, community residents and organizations acquire reproduced programming they want to air on the channel. This programming is often produced in neighboring cities and at times, other states.

Does PCA have the power to censor public access programs?

No. Public access television by its very definition is programming whose editorial content is exclusively controlled by the access producer. If PCA, the City, or the cable operator pre-screened programming to determine what should or should not air, they would be taking away the producer’s editorial control. In turn, they would be denying “access” to the public to use the airwaves. PCA does believe it has a responsibility to its producers, viewers, and community to educate the access producer as to what content is constitutionally protected under the First Amendment, and what is not. However, the final interpretation of what is constitutionally protected is the producer’s responsibility.

Are there any FCC regulations regarding censorship that public access stations, cities, or cable operators must follow?

No. In the 1984 Cable Act Congress specifically prohibited cable operators from “exercising any editorial control over any video programming provided” on any access channel, supporting the fact that access channels are a public forum. Cities and public access stations have followed suit.

Sections of the Telecommunications Act of 1992 attempted to give censorship control back to the cable operators for indecent programming, but in June of 1996, the Supreme Court struck down those sections sighting that indecent speech is protected under the First Amendment and cannot be censored. In 1973 (Miller V. California) the United States Supreme Court developed a three-part test to define obscenity, which is not protected by the First Amendment. Under this test an access station could prohibit programming considered obscene, but the Supreme Court’s definition is extremely broad and access channels have generally had difficulty applying the three-part test. In turn, many access stations do not attempt to censor obscene programming. Also, in 1993, the United States Court of Appeals for the D.C. Circuit found that the judicial system must be used to deal with obscenity.

What hours does PCA program?

How is PCA, Channel 26 and Channel 27 different than Channel 28?

PCA, Channels 26 and 27 are the local public access stations; 26 is the Public Channel and 27 is the Education Channel. Channel 28 is the local government access channel. The Government Channel is dedicated to City government news and information, and the editorial control rests with the City. Live coverage of City Council, Technology Advisory Committee, Parks, Recreation & Music, Airport Commission, Planning Commission, Transportation Advisory meetings and Sonoma County Board of Supervisors are the mainstay of Channel 28 programming.

How do I find out when a specific show is scheduled to play?

To see the current schedule, please take a look at our programing schedule.